“I can finally see the result of my match” – Zarko Arsovski, national team member in karate 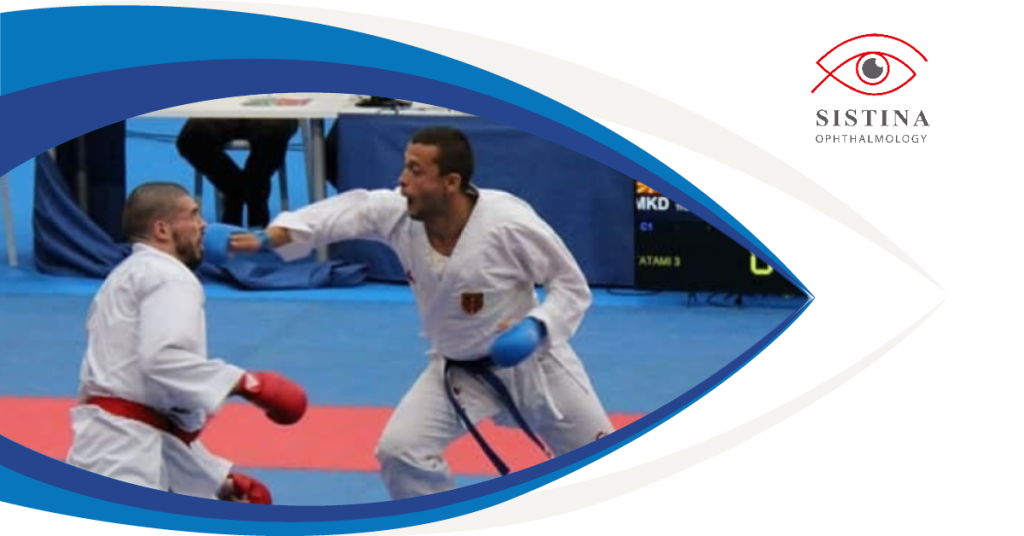 “What bothered me the most was that during the matches, I could not see the result from the match board. I did not see well from far and my problem was noticing and reading objects that are farther away from me, such as while driving, reading traffic signs.”

Zarko Arsovski (35), a longtime member of the national team and captain of the Macedonian karate team, married and a father of two, underwent laser diopter correction in January this year during the pandemic.

Behind him are many successes, including bronze at the World Cup, multiple winner of the World Premier League and many other successes. The diopter problem bothered him the most while he was competing and he did not see the result on the table. That was a big problem for him.

Zarko Arsovski: “The expertise of the Sistina Ophthalmology team is widely known, especially for the doctor who operated on me, Dr. Fanka Gilevska. To be realistic, I felt safe to be operated and in the time of COVID-19, I did not think about the pandemic, I just believed in the protocols, respected them and signed up. The staff at Sistina Ophthalmology did their job professionally around all the COVID-19 protocols so that everything went smoothly.”

After a 10-minute intervention, he returned home overjoyed to be free of all eye aids. The freedom he felt was invaluable.

“After the laser diopter correction, I finally threw away my contact lenses and glasses and started functioning normally. I had a little pain the day after the intervention but nothing special. I listen to the doctor’s advice, use artificial tears and go to the necessary checkups regularly. “I am just overjoyed.”