[Part I] How does unregulated sugar damage the eyes? 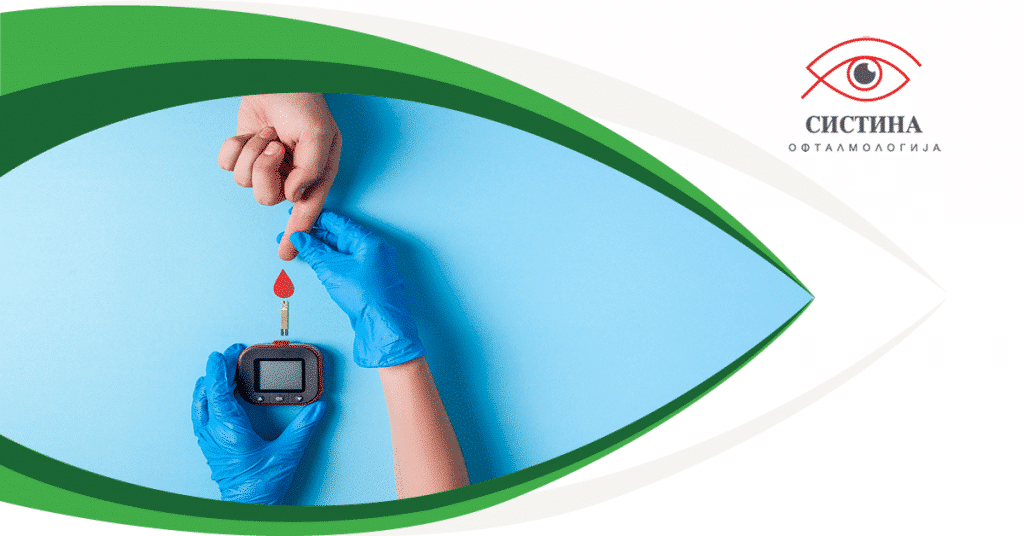 Diabetic retinopathy is today the most common cause of blindness among the able-bodied population aged 30-60, in developed countries. The number of people with diabetes is increasing, and the growth of children with type 2 diabetes is especially worrying, which is proportional to the increase in the number of obese children.

Diabetes is a chronic, endocrine disease that affects the functioning of all organs in the body through several different mechanisms. In addition to the development of systemic complications, those of the eyes are very important and often lead to complications.

Patients with diabetes always have dry eye and often chronic blepharitis. Dry eyes are often the first sign of neuropathy or damage to peripheral nerves, which change further leads to tissue malnutrition or trophic changes. On the other hand, excess sugar in tears is a breeding ground for bacteria that often leads to chronic inflammation of the lids and stye. Poorly controlled diabetes rarely leads to corneal lesions (ulcers) which respond poorly to antibiotic therapy and heal slowly.

Patients with diabetes can be candidates for laser diopter correction only if they have well-regulated blood sugar throughout the day and have no signs of dry eye. Sugar has a positive effect on corneal stiffness in patients after laser diopter correction or patients with keratoconus, due to the interaction of collagen and sugar that makes cross-linking.

Poor control of blood sugar levels leads to an increase in sugar in the eye water. The natural lens in the eye floats in the eye water and is supplied with oxygen and sugar. High sugar leads to its accumulation in the lens itself and this transiently leads to blurred vision and dioptric variability in patients with diabetes. Long-term high accumulation of sugar in the lens leads to cataracts. Cataracts occur earlier in diabetics than in those without diabetes. It is important that cataract surgery in a diabetic always carries more risks and should be operated on at an early stage (when it is not yet mature).

Suddenly duplicate images in patients with diabetes immediately suggest that ischemia (lack of oxygen) has occurred due to impaired oculomotor circulation. This condition is often transient and goes away after a few weeks. Whenever duplicate images appear, a complete review of visual function and eye movement in 9 directions is necessary. In addition, it is important to rule out another process in the head that could lead to compression of the affected nerve.

Apart from these conditions, there are other conditions that can occur and that you should be aware of. In the following text, I will explain how diabetic retinopathy occurs, and what the relationship is between glaucoma and diabetes.

Diagnostic for one eye.

Diagnostic for both eyes.

Price is for one eye.

Intrabulbar administration of Avastin. Price for one eye.

Subconjunctival administration of Avastin. Price for one eye.