Have you seen a 3D movie but are not thrilled with the effects? Find out why… 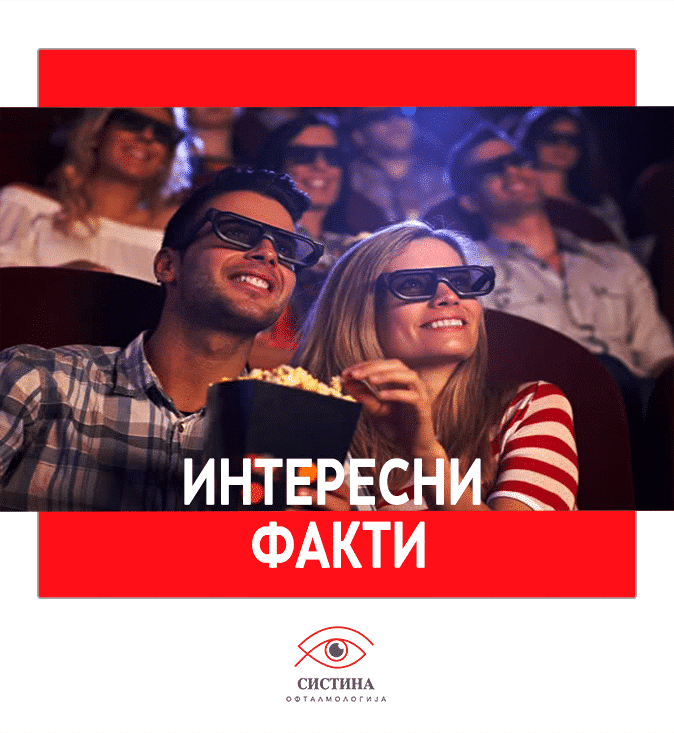 The development of vision begins immediately after birth. For symmetrically developed vision in both eyes, symmetrical visual stimulation of vision is important. The presence of strabismus or diopter in only one eye can lead to the other eye taking over the dominance of vision, leaving the strabismus or diopter eye to remain amblyopic or lazy. It is very important for children to discover this asymmetry at an early age in order to start training the lazy eye and its development in a timely manner.
For the development of binocular vision or stereoscopic vision, it is important that the vision of both eyes is symmetrical and well developed; the image of both eyes to form exactly in the center of vision of the retina; the movements of the eyes to be free and unrestricted and the brain to recognize the two images as one, i.e. to merge them and thus to achieve the effect of depth or three-dimensionality. In recent years, all neurological studies have suggested neuroplasticity or the possibility of developing vision in the adult population, not just in early childhood. However, despite some successful studies, no study has shown that binocularity can be achieved later in life, although depth estimation is learned monocularly.
Binocular viewing is an evolutionary benefit. Animals do not have binocularity because their eyes are placed sideways on the head, to provide a wide field of view and the ability to detect even the slightest movement far behind them (e.g. rabbit). Predators such as lynx, on the other hand, have a significantly narrower field of view, but are able to estimate the prey, location, and environment very accurately. Possession of a perfectly developed binocular vision is a condition for choosing certain professions such as: pilot, professional driver, astronaut, etc., but also for some everyday activities that we enjoy like watching a 3D movie in the cinema or at home.
If you are not thrilled with the three-dimensional image, you feel nauseous and get a headache you should consult an ophthalmologist. A detailed ophthalmological examination, in addition to determining diopters, tests for the presence of manifest or hidden strabismus, includes a series of tests to determine the degree of binocular vision you possess and can give you an assessment of whether you can watch a 3D movie at all.
Technological development of 3D glasses
To get three-dimensional image from a flat screen image, the first 3D glasses use the English method of viewing an image with a different color. The most commonly used colors are red and blue, each in front of one eye, with a fusion of both images and a sense of depth in the brain. Such glasses without universal, often cardboard, were obtained in magazines. The development of technology and the advent of polarized glasses have made it possible to improve three-dimensional viewing with the help of filters that leak the image in only one plane. The latest 3D viewing glasses use the blinking of the LED backlight on the screen as a basis on which a battery opens and closes filters built into the glass itself and misses a different phase of the image. They fit perfectly in front of the eyes and every screen maker makes glasses compatible for looking at that screen, so they are not universal. The latest in 3D technology are screens in front of which a special filter is placed that provides in-depth viewing, and viewers do not wear glasses.
Share this post on:
https://sistinaoftalmologija.mk/wp-content