Did you know that inflammation of the sinuses can cause eye disease? 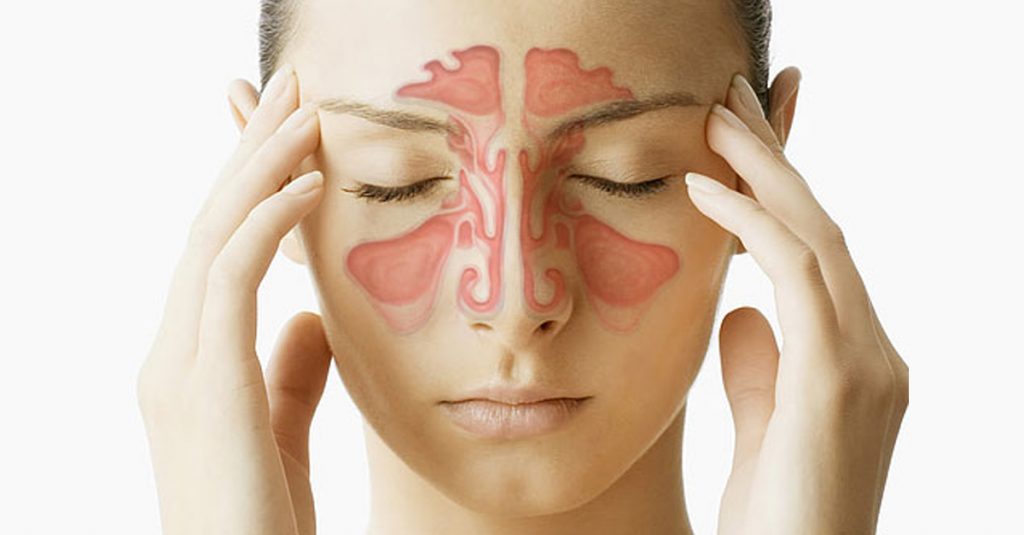 Sinuses are air-filled bone cavities that can often become inflamed. Because they are located around the eye or restrict it, they can also cause eye problems.
Most often these are non-specific complaints, such as headache, pain behind the eyes, tearing and burning of the eyes. However, sometimes diseases of the internal structures of the eye can occur, such as uveitis or central serous chorioretinopathy. With timely therapy these conditions are treated and treated without additional complications. If the inflammation of the sinuses spreads into the orbit (the cavity in which the eye is located) there is an acute inflammation of the tissue of the orbit called Cellulitis orbitae.
This is a serious disease and is the most dangerous complication due to inflammation of the sinuses. In this case, a quick reaction is inevitable to avoid serious complications that can affect the whole organism. The orbit is the cavity in which the eye is located and is filled with fatty tissue, eye muscles, nerves and blood vessels.
It has the shape of a four-sided pyramid, which is bordered on three sides by the paranasal sinuses, and on the fourth, the anterior side is covered with eyelids. It is bounded on the upper side by the frontal sinus, on the lower side by the maxillary sinus, and on the inside by the ethmoid and sphenoid sinuses. The inflammatory process can easily penetrate the orbit because part of the venous drainage takes place through the blood vessels of the orbit, and also because the inner bony wall of the orbit is very thin. Inflammation of the tissue of the orbit, as well as of the eye, is most often the result of inflammation of the ethmoid sinuses. The clinical picture is characterized by an acute, abrupt onset, accompanied by headache, with pronounced swelling and redness of the eyelids and conjunctiva.
The eye protrudes, its mobility is limited and double images appear. If the process takes a long time, there is a decrease in vision due to pressure on the optic nerve from the swollen surrounding tissue. The patient has a fever and higher body temperature. Rapid progression of the disease occurs especially in children, so any swelling of the eyelids in children requires prompt consultation with an ophthalmologist.
If inflammation is not treated in time, it can lead to serious complications, such as inflammation of the optic nerve that results in its atrophy and loss of vision. In order to diagnose the condition in addition to the anamnesis, clinical picture, laboratory examinations, CT (computed tomography) or MRI (magnetic resonance imaging) is recommended, which will exclude the existence of any other disease. Inflammation of the eye and surrounding structures (orbit) is the most severe complication due to inflammation of the sinuses and requires immediate hospital treatment with high doses of systemic antibiotics, certainly in consultation with an otolaryngologist.
Share this post on:
https://sistinaoftalmologija.mk/wp-content