The connection between coffee and glaucoma 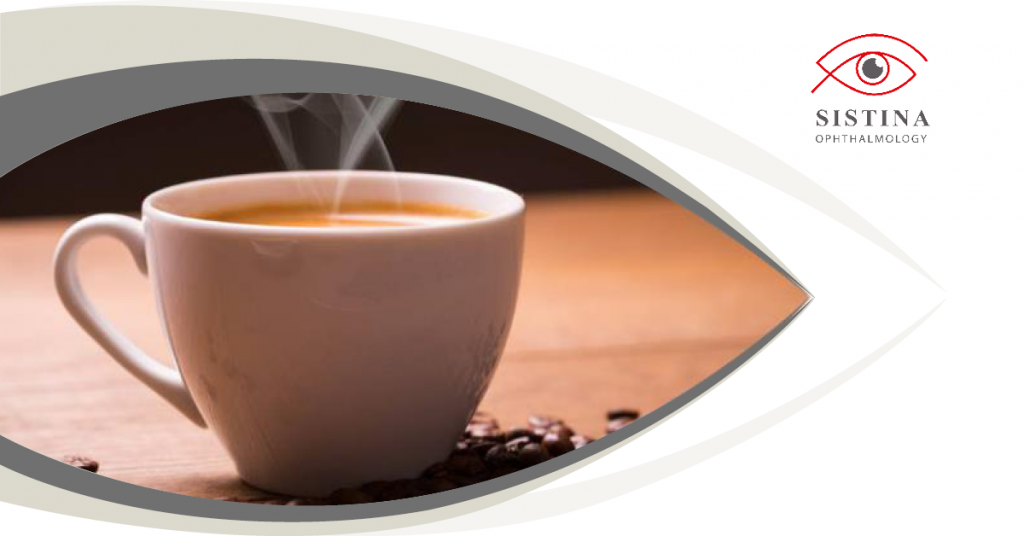 For some people, a cup of coffee in the morning is a must. Some people even use the expression “their eyes do not open” until they have taken a sip of coffee. However, even if the best thing is ingested too much becomes harmful. Consumption of a large amount of coffee (more than 3 coffees a day) can adversely affect the eyes for a short time, but over time can cause serious damage to the eye itself.

In the brain, caffeine acts like adenosine, a compound made up of adenine (one of the four blocks of DNA) and ribose. As it is produced in the brain, adenosine binds to adenosine receptors, causing drowsiness by slowing down the activity of nerve cells.

When you drink more than 3 coffees a day or drinks that have caffeine, you can feel a rise in blood sugar. It often manifests itself as blurred vision, headaches, tachycardia, and a change in appetite.

Some people develop dry eyes and tingling in the eye. If caffeine consumption is not reduced, it can create a chronic dry eye and lead to an increased risk of eye infection.

Studies have shown that drinking caffeinated beverages, especially coffee, can cause eye pressure to rise, even drinking just one cup of coffee. The effects of caffeine are certainly increased in people with glaucoma and people at high risk of developing glaucoma. However, the intraocular pressure rises to a lesser extent, so it should not be a problem for other people.

In other people, consuming too much coffee can cause some damage. In people who are at risk of developing exfoliative glaucoma (a type of open-angle glaucoma that shows some flakes resembling the lens of the eye), drinking three or more cups of coffee a day is associated with the rapid development of exfoliative glaucoma. According to research, side effects are more pronounced in women who have a genetic predisposition to develop glaucoma.

How to protect the eyes? A subspecialty examination should be performed first to see the fundus and whether the patient is predisposed to developing glaucoma. Then, it is mandatory to reduce caffeine intake during the day. People who can completely eliminate caffeine from their lives may notice an improvement. But if caffeine does not cause eye problems, it can only be reduced in certain amounts.

However, the subspecialty examination should be done once or twice a year to monitor the condition.